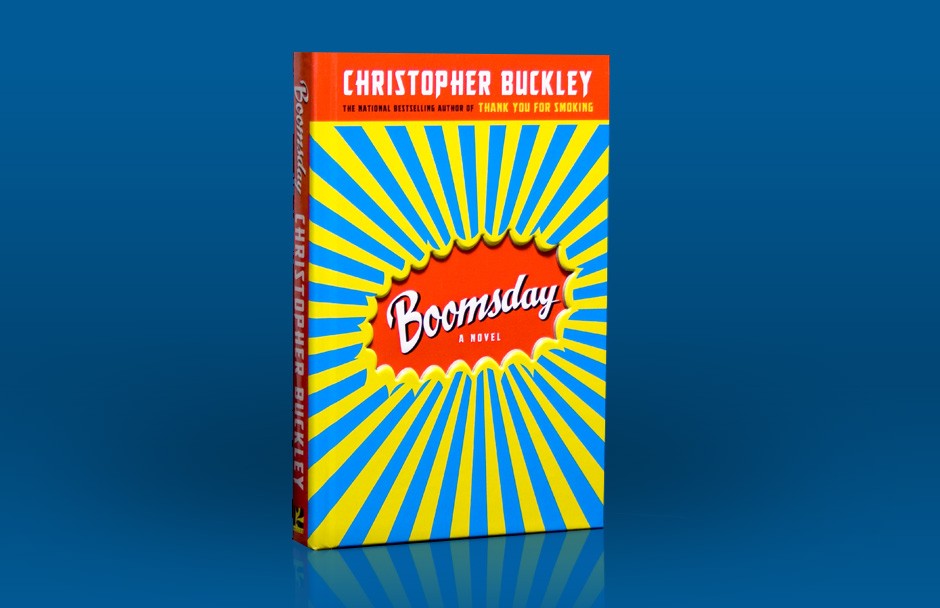 Outraged over the mounting Social Security debt, Cassandra Devine, a charismatic 29-year-old blogger and member of Generation Whatever, incites massive cultural warfare when she politely suggests that Baby Boomers be given government incentives to kill themselves by age 75. Her modest proposal catches fire with millions of citizens, chief among them “an ambitious senator seeking the presidency.” With the help of Washington’s greatest spin doctor, the blogger and the politician try to ride the issue of euthanasia for Boomers (called “transitioning”) all the way to the White House. For the cover, I wanted something big, bold, and with a touch of retro charm. Anne Twomey, the project’s art director brought the idea of a die-cut case to the table, and trusted me to figure out the visuals as well as the inner cover design (which involved a sorta macabre cradle-to-grave illustration, by yours truly).