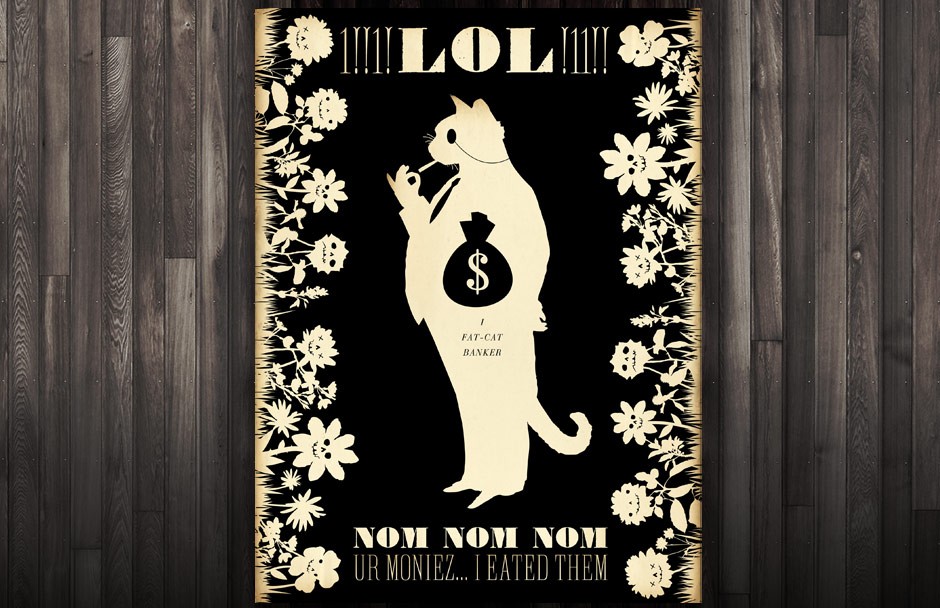 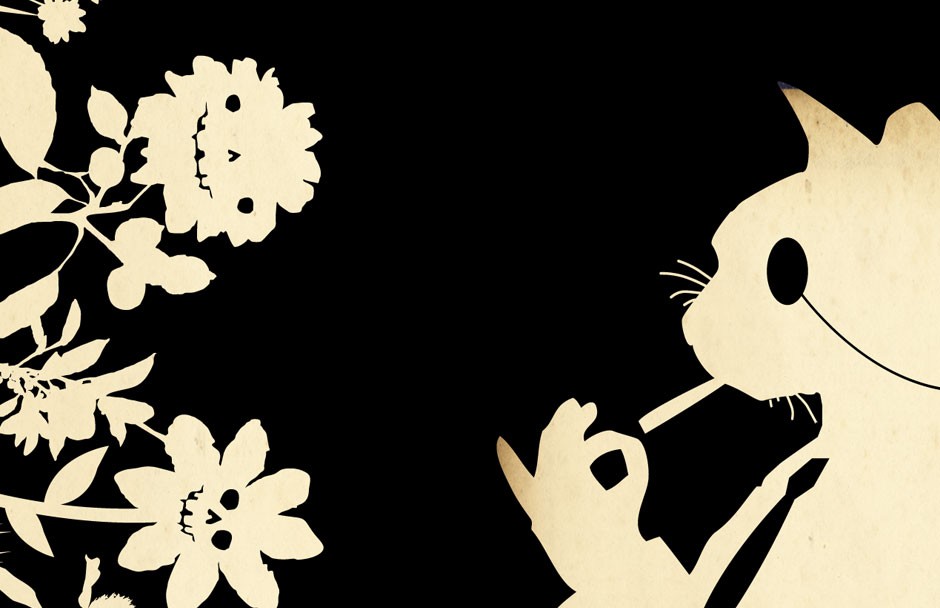 I was approached by the Type Director’s Club in New York to create a design for a themed-poster show that would raise money for some upcoming TDC design scholarships. The theme was Numbers – particularly appropriate in the aftermath of the world banking crisis, stimulus packages, and a lagging economy. I was honored to be included in
this talented group of 20 designers, including James Victore, Rodrigo Corral, my old college pal Aaron Draplin, Jacob Covey, Eric Strohl, Roberto de Vicq, and Matteo Bologna, along with a handful of other talents. I personally decided to focus less on the numbers themselves, and
more on what was behind the numbers… bankers. Fat-Cat bankers, to be exact. This poster is one-part Lolcat, and one-part Heartfield’s

The Superman, Swallows Gold, and Spouts Tin. Sometimes, for better or worse – it is easiest to laugh at the things that scare us.