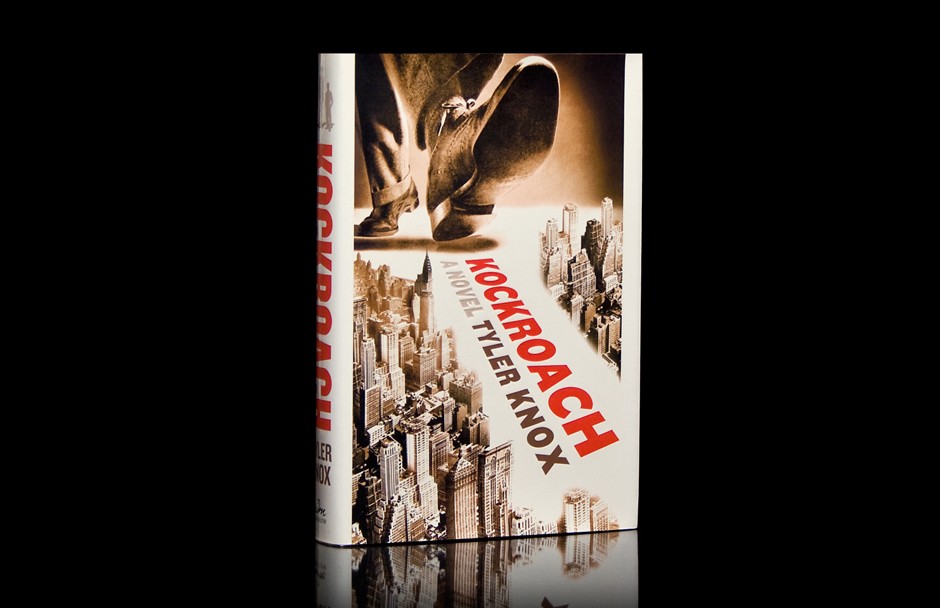 Kockroach is a clever take on, and an ultimate reversal of Kafka’s famous Metamorphosis. In Kockroach, a small cockroach is transformed into a human man. Step by step, he learns the ways of man—how to walk, how to talk, and how to wear a jaunty brown fedora. Led by his primitive desires and insectile amorality, he navigates through the bizarre human realms of crime, business, politics, and sex. Will he find success or be squashed flat from above?
Will he change humanity, or will humanity change him? For this jacket, I decided that I wanted a prominent New York City skyline on the cover, and I felt that doing a
John Heartfield-esque collage would make for a visually
arresting cover and that it might also help allude to the
Kafka connection.