← Manhood for Amateurs
When Parents Text → 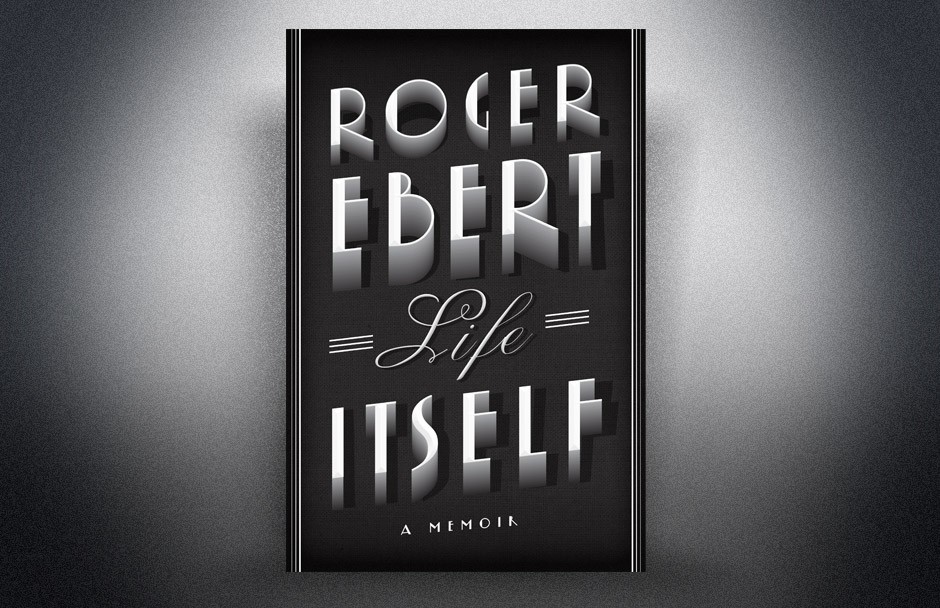 Roger Ebert is the most famous critic in the world.
He’s written numerous books over the years, but never a memoir.  I was very lucky to be called in to work on this great project, due to the art director seeing the Type Director’s Club/Veer Postcard series that I designed.
She wanted a similar feel; something that felt like an old movie titlecard, and we knew from day one that we wanted a black and white cover. The book ended up with a very classy-looking package. And the best part? Roger Ebert liked it…a lot. He gave me a thumbs up.
( seriously. )