Warning: Declaration of Portfolio_Walker::start_el(&$output, $category, $depth, $args) should be compatible with Walker_Category::start_el(&$output, $category, $depth = 0, $args = Array, $id = 0) in /nfs/c03/h03/mnt/54810/domains/unusualco.com/html/wp-content/themes/scope/functions/theme-functions.php on line 0
 The 9 Lives of the Tragic Tomcat | Unusual

The 9 Lives of the Tragic Tomcat

← The Sherlockian
Warren the 13th → 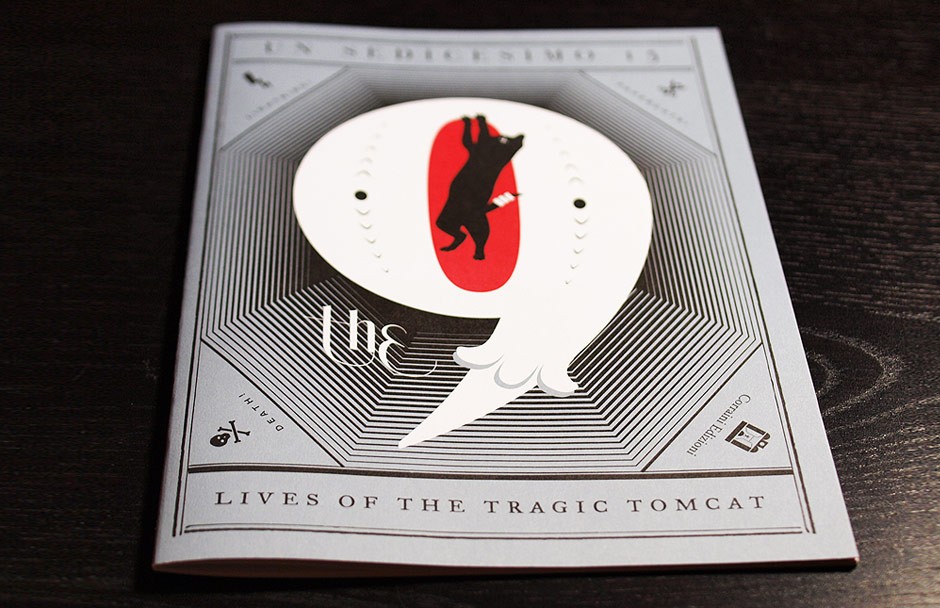 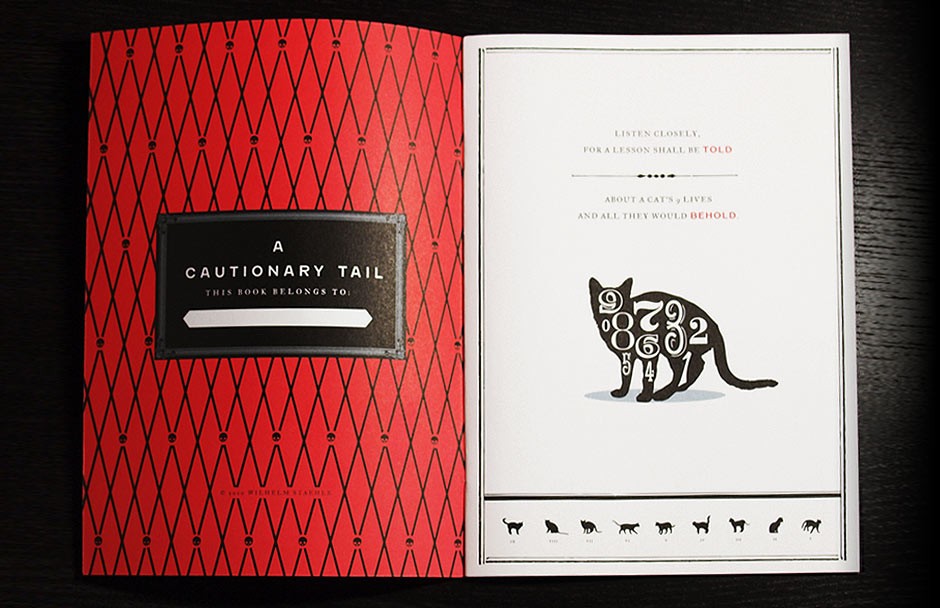 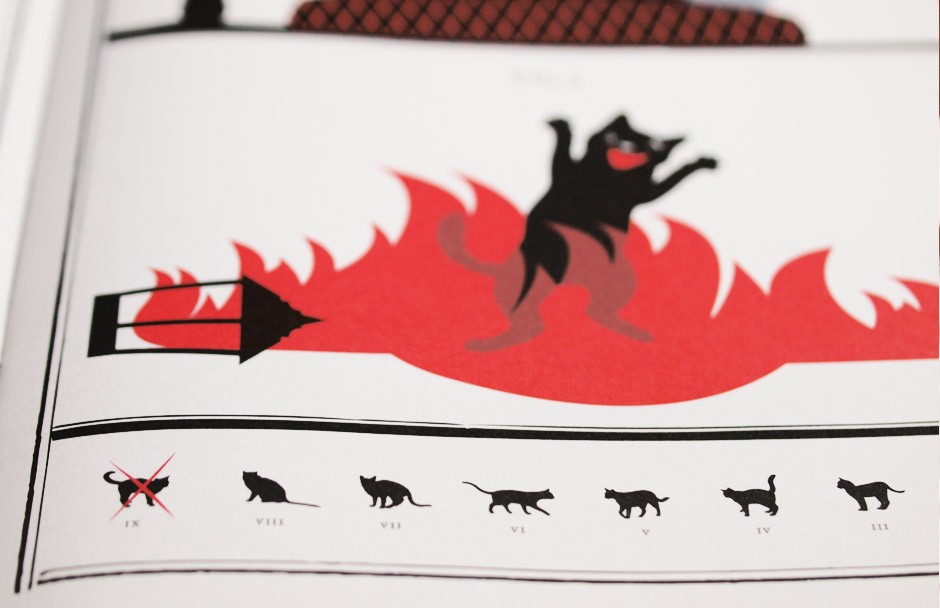 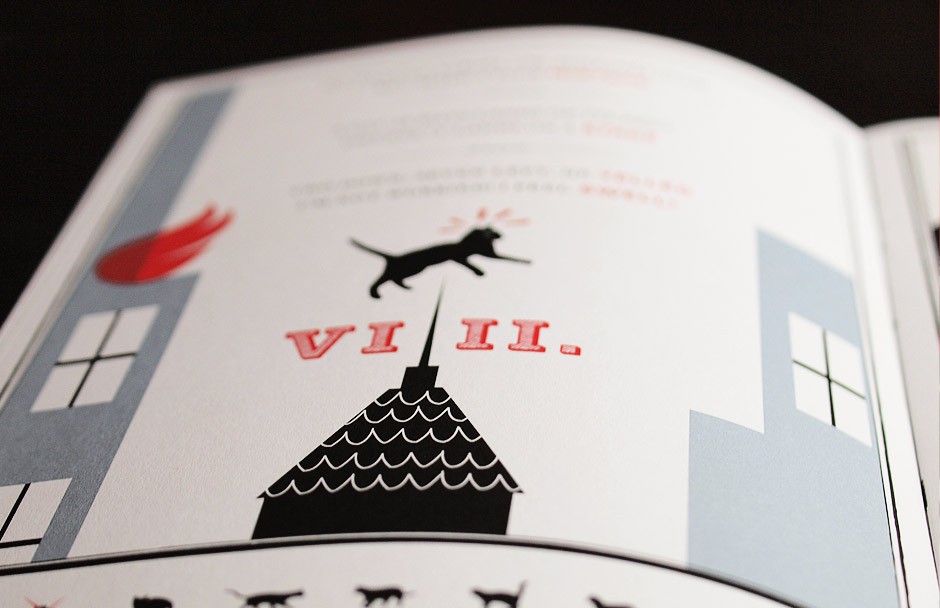 I was honored to be asked by Pietro Corraini to create a volume for his very successful design booklet series, Un Sedicesimo. Un Sedicesimo is a monthly sixteen page booklet, each volume designed by a separate designer/illustrator. Other volumes have included the likes of Steven Heller and Louise Filli, Frank Chimero and Carin Goldberg. Published in Italy, this particular issue revolved around the idea of the short “cautionary tail” that I had written, entitled The 9 Lives of the Tragic Tomcat. It tells the story of a rather unlucky cat, who continues to lose each of his nine lives, one after the other, in often hilarious and macabre ways. A non-sequential preview can be seen here. If you’d like to purchase the issue, shop here.