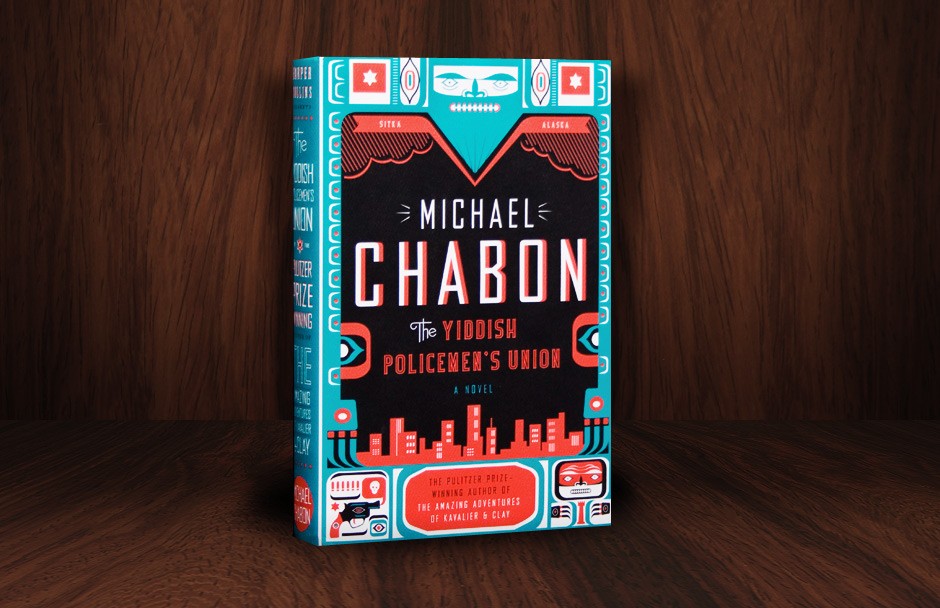 This is the first ever cover that I did for Michael Chabon, and it remains my personal favorite. In this novel, Jewish refugees and their descendants have prospered in the Federal District of Sitka, in a “temporary” safe haven created in the wake of the Holocaust and the shocking
1948 collapse of the fledgling state of Israel. The Jews
of the Sitka District have created their own little world in the Alaskan panhandle, a vibrant and complex frontier city that moves to the music of Yiddish. But now the District is set to revert to Alaskan control, and their dream is coming to an end. Homicide detective Meyer Landsman of the District Police has enough problems without worrying about the upcoming Reversion. His life is in shambles, his marriage a wreck, his career a disaster. And in the cheap hotel where Landsman has washed up, someone has just committed a murder—right under his nose. When he begins to investigate the killing of his neighbor, a former chess prodigy, word comes down from on high that the case is to be dropped immediately, and Landsman finds himself contending with all the powerful forces of faith, obsession, evil, and salvation, that are his heritage. The cover itself is a combination of Northwestern Indian iconography and colors, combined with a modern letterpress effect on a very nice un-coated cover-stock.